Home Collecting Why do the Vintage G96 Japan Knives Look Like Buck Knives? 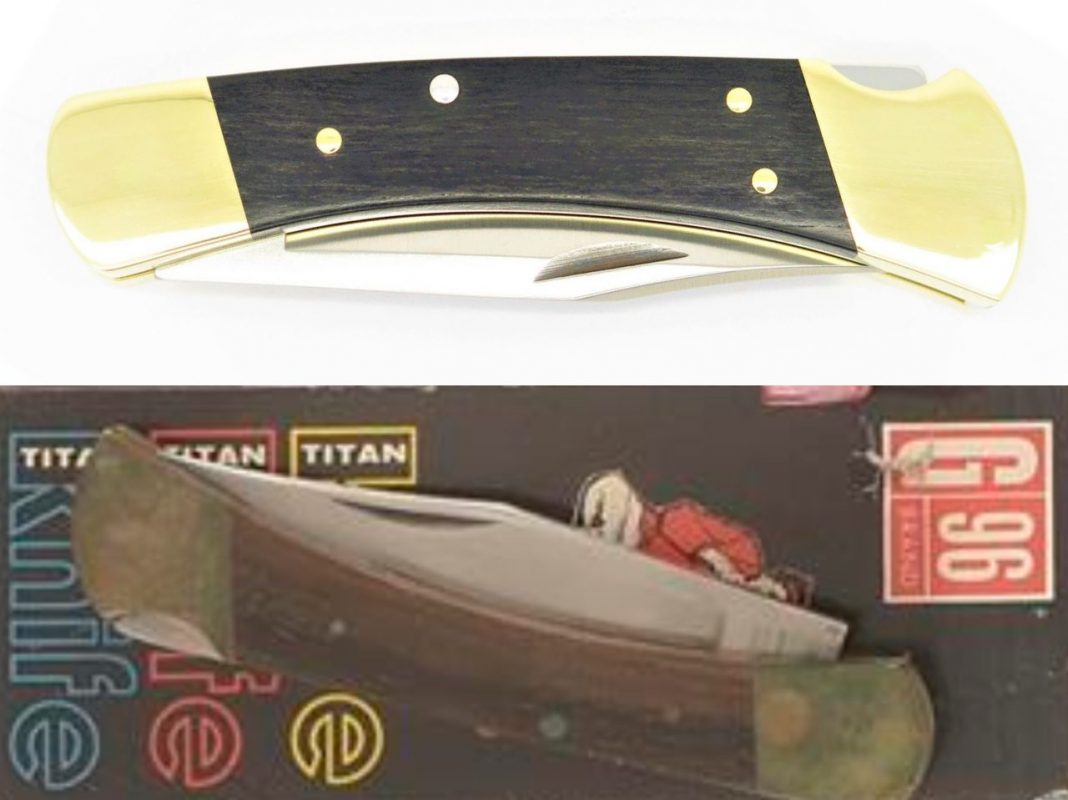 We recently got a rare opportunity to acquire some new old stock G96 fillet knives from Ichiro Hattori in Seki, Japan. This got us looking into a brand that we already knew about but hadn’t really looked too deeply into before: G96 produced by Jet Aer Corporation of Patterson, N.J. and made in Seki, Japan by Hattori.

Let’s take a look at the Magnum Fillet we found. The fat handle at first looks strange, but when you hold this knife in the hand, it feels great! The first think that strikes you about the knife is the sturdy blade that is just under 3/32″ thick, unusual for a fillet. At the base it is 1″ wide, and it measures 9″ long. This is not a small fillet, and since it is so sturdy it could also be used as a boning knife. Just wish we also had the original sheaths for it.

The most common consensus on the G96 fillet knives is that they rank among the best people have used.

So the next question: what kind of steel is it made of? There is speculation about the blades, simply marked “Rustproof” and it is widely accepted that they are made of ATS-34, but could also be another such as AUS-8. People who have worked on them find the steel extremely difficult to work with due to the hardness and excellent temper, estimated at over 60 rockwell. The blades take a wicked edge!

The sheet of paper that came with the G96 knives simply stated: “knife makers choice knives are made of a special rust proof steel that combines the edge holding ability of high carbon steel with the easy care of stainless steel. when properly sharpened they will hold their razor sharp edge through long & repeated use.” Not much to go off of, but these were the early days of performance steels. Hattori was definitely on the cutting edge of knife technology even with this knock-off line of G96.

Wait, did I just say knock-off knives? Yep. So the fillet does not seem to fit that rule, but most the G96 line of knives do. Although, some have politely said that these knives were “inspired” by other USA brands. Whatever the case, Jet Aer obviously did some major copying of styles to get the end product. At least they have a reputation as being excellent quality copies.

The G96 model 3000 series knives look to be copies of Rigid brand knives. G96 also made copies of Gerber knives.

The G96 company began in 1973 and was based in Patterson, N.J. They imported knives from Japan through the 1970s until they dissolved the knife production division in the 1980s. However, they filed a patent as late as 1985, citing Hattori as one of the inventors.

G96 advertised in various outdoor magazines and was sold in shops throughout the country. At the time G96 was a cheap alternative to the more expensive USA made Buck, Gerber, and Rigid knives. But the quality of steel in G96 is considered superior. That set G96 apart from other Japanese imports at the time, which used steels such as 440 stainless – a decent blade, but not as good as G96.

So what about Jet Aer Corp and G96? What happened to the company? The G96 brand is still around, but has nothing to do with knives anymore. They now make lubricants, cleaners, and such. Here is what they have to say on the issue from their website, G96:

“Does G96 still manufacture hunting knives? No. G96 knives are no longer available and have not been available for many years. The knives were produced by a separate division of “G96 Brand” that is no longer in existence. The third party manufacturer is also no longer in business. We do not support, warranty, repair or replace any knives that are still in circulation.”

Hattori went on to make some of the finest knives produced in Seki, Japan. Fine examples are the Cold Steel knives made in Japan, the Kershaw Trooper, SOG Trident, Fallkniven knives, and many others. (examples shown in two photos, hattoricollector).

So there you have it. G96 is an unusual part of the Japanese knife history because it copied so many great designs already produced here in the US. But stranger yet was the superior quality of steel used on these blades, at least compared with other Japan imports at the time. Hattori was not one to use inferior materials and brief look at his career shows that he used only the highest quality of materials and craftsmanship throughout the years. G96 is a good example of a simple superior product from the early years of Hattori’s work as a knifemaker.

Seki, Japan – The Knifemaking Capitol of Japanese Swords and Knives