Home Articles What is a Buck Buildout Knife? 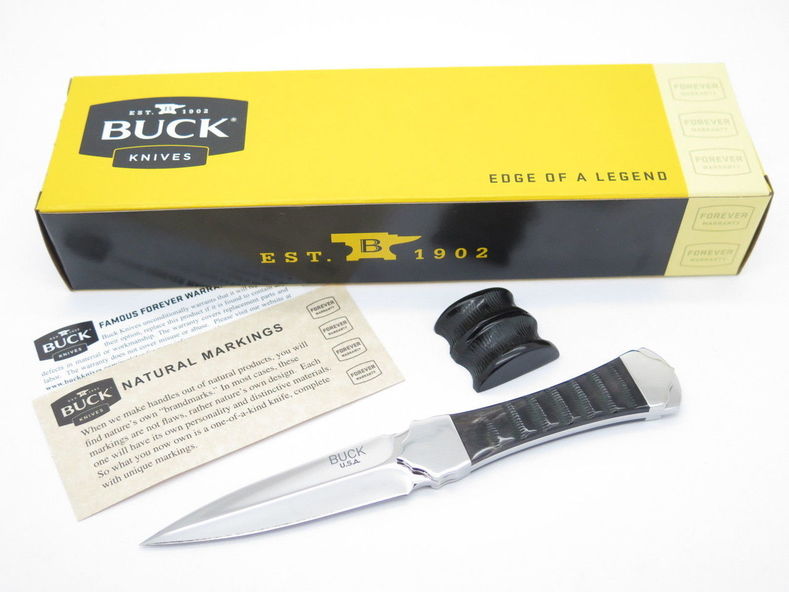 What is a Buck buildout? We get this question a lot. Buck knife collectors know what it means, but others not so well connected with the Post Falls, ID, USA based company can be confused.

The simple answer is this – a buildout is a knife that Buck made using up leftover parts from previous projects. Usually Buck will make a buildout using special materials and often the blades are premium. So is a buildout a custom made knife? Well, yes and no. Insofar as they might have a standard blade they are regular production, but insofar as they are a special run they are custom made and especially if they use special handle materials. Are they limited editions? Yes, since they are made using only a limited number of blades. It is much like the “sprint run” knives made by Spyderco.

Buildouts come in any combination of blade and handle. Often, Buck finds blades from several years ago and decides to use them up as a buildout. Most often they use special handle materials to make them unique – burlwood, micarta, cherry dymondwood, stag, etc. The best thing is that the blades are often made of premium steels like ATS-34, BG-42, CPM154, or S30V. And if not and they are 420HC, then they are often mirror polished or have a cutout in the blade.

How many were made of a specific buildout? Who knows. Sometimes it is 10 and sometimes it is hundreds. Within the last year Buck has gone to sometimes including a certificate of authenticity with buildouts that include this information. If you have an older buildout then there is no documentation like this.

Sometimes a Buildout has scuffs or some other issues. Occasionally some models use blades with scuffs and Buck uses them as found. They might have been in storage for a while and were once finished properly but over the years have acquired some handling wear. These are often let out of the factory like this. If we sell one like this we will let you know.

How do I know my knife is a buildout? Look at the model number next to the barcode. It will state the model number and then immediately following you will see “BO.” So for example, you might see 0205BO1, 0110BO44, 0192BO15, 0488BO1, 0111BOLC1. Notice the number after BO, on the examples given, you see a 1, 44, 15, etc. This indicates how many buildout versions of that model have been made. So on the 205, that is the first buildout made in that model, but with the 110 it is the 44th buildout. The 110 is a popular knife so Buck has made tons of buildout variations. Some collectors try to get one of each buildout but that can be difficult since sometimes a buildout only had 10 knives or so made.

Want to see what buildouts we have available? Search “buildout” in our searchbar above.

Are they collectible? O yeah, they are. I have offered so many buildout versions over the years that sold out quickly. Some of them are nearly impossible to find now.

Thanks, and happy buildout hunting!

ABOUT US
Blade History offers unique and detailed insights into the world of knives, from reviews to historical articles. Bladehistory.com is the official blog for ePragueKnives.com.
FOLLOW US
© 2022 Bladehistory by ePrague Knives
MORE STORIES