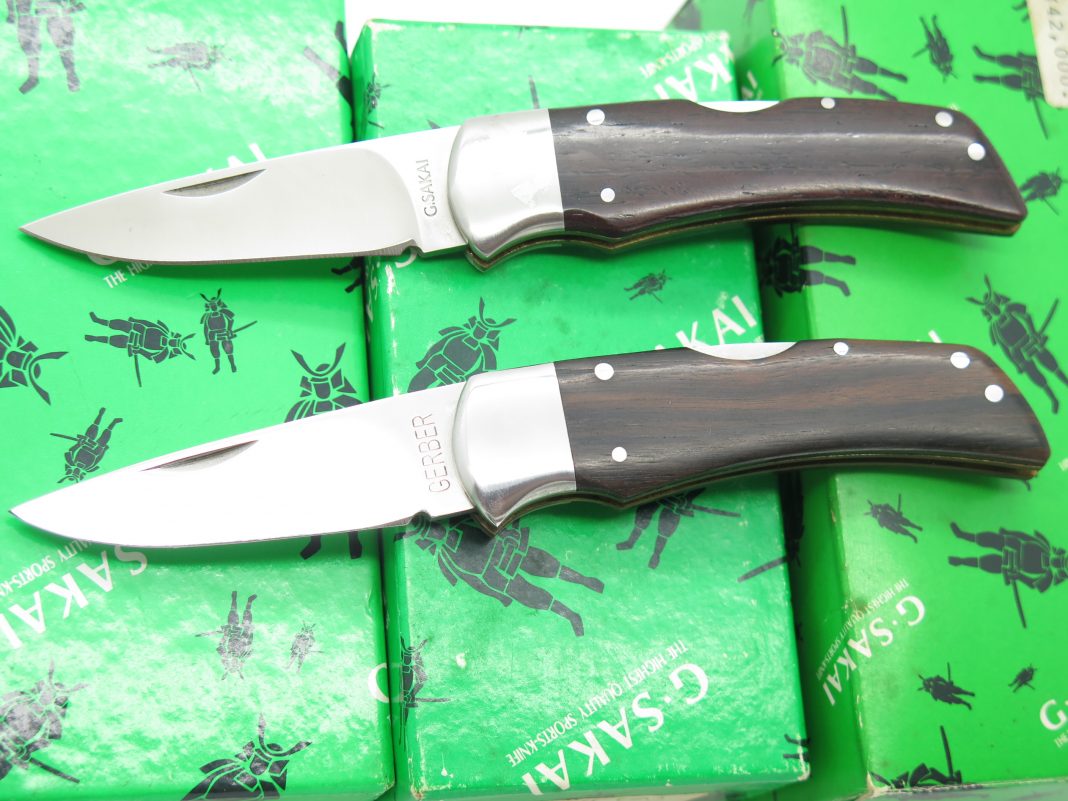 The Gerber Ebony Folding Hunter Series are truly stunning. These knives are rather scarce today since they made them for only a short time. They were made in Seki, Japan by the G. Sakai factory in the early years of Gerber’s relationship with Sakai. G. Sakai was founded in 1977 by Sakai Hamono and Gerber to produce knives in Seki to Gerber’s high quality standards, thus “G. Sakai” stands for “Gerber Sakai”.

There are three sizes of the Ebony Folding Hunter: the FH I, FH II, and FH III. From what we can find, these were produced between 1977 to 1980. Being rather expensive at the time at about $75 retail it was a hard sell so they discontinued it after only a short time of manufacture. But quite honestly, it is a nicely designed folding hunter and it is surprising that it did not catch on.

It features a stainless steel bolster and ebony hardwood handle. These were nicely designed with a finger-groove for the forefinger. Like all G. Sakai knives, these have tight action with a solid lockup. All three knives are made in the same design and are a bit difficult to tell apart when pictured individually.

The Ebony Folding Hunter II (FH II) is the medium sized model of this knife. It measures 4” closed with a 3” long blade and about 7” long open.

The Gerber Ebony Folding Hunter I (FH I) is the smallest of the three versions. It measures 3-1/2” long closed with a 2-1/2” long blade and about  6” long open.

The blade material is open to speculation due to the original manufacturer specs only stating “stainless steel.” It is generally accepted as AUS-8 today, however, we have seen claims of 440C. Another possibility is Gingami I which G. Sakai used for the Silver Knight series also produced at the same time. If the latter is the case, it is comparable with AUS-8 and fits into the thought that the steel G. Sakai used on these is superior to other knives being produced at the time. It was hardened to 58-60 Rockwell and held an excellent edge. 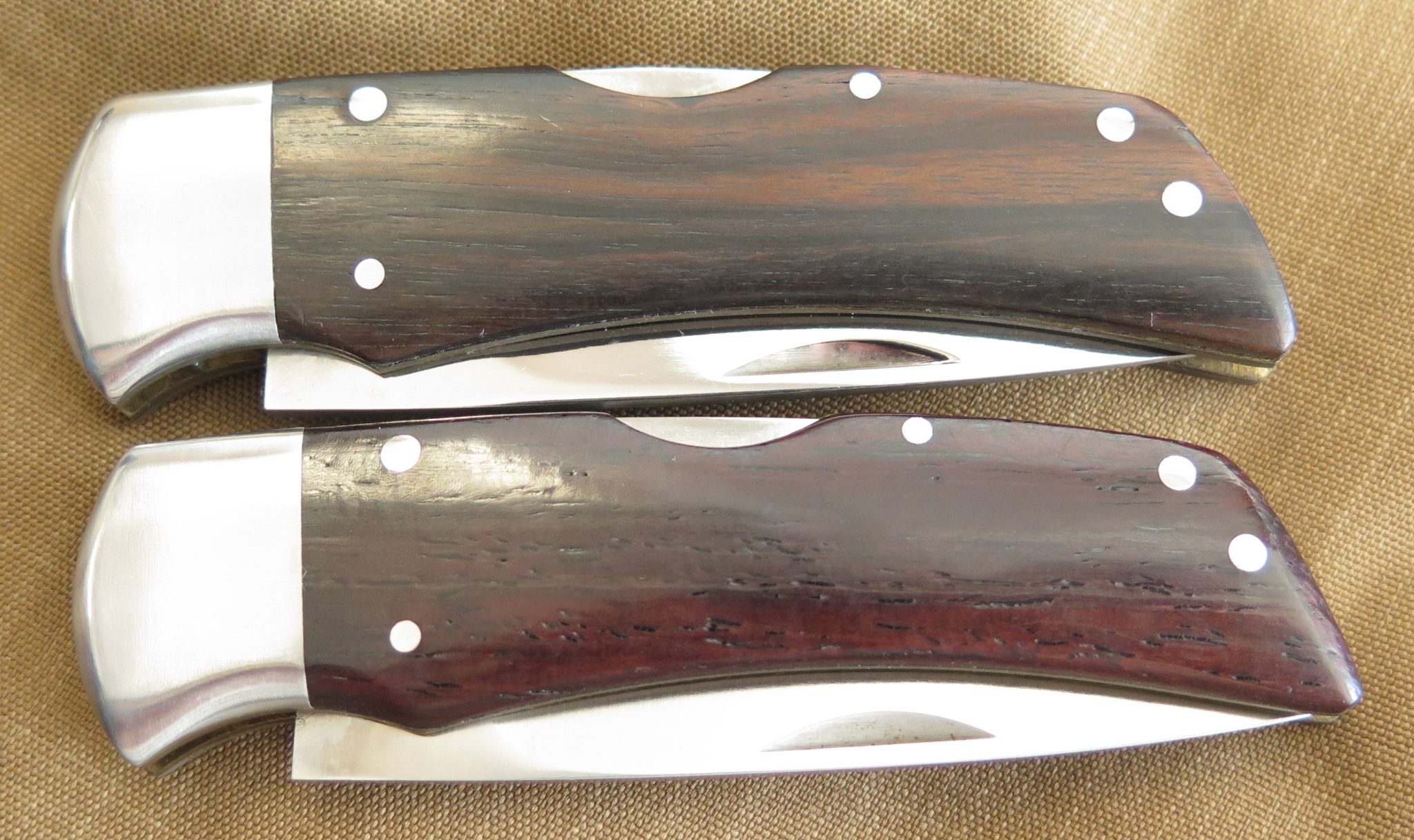 Overall, the Ebony Folding Hunter line is elegantly designed. G. Sakai still produces the same design branded only “G. Sakai” and made with ATS-34 steel. If you are looking for one of the original branded GERBER and made by G. Sakai they still come up on eBay though not in large numbers. The larger model is on there frequently, but the smaller versions are more scarce. But if you are looking for a new one the current production G. Sakai are stunning and made of the same quality you would expect from that company.